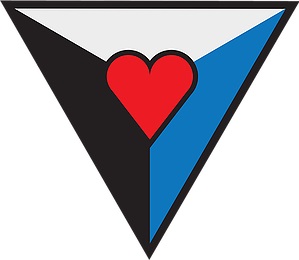 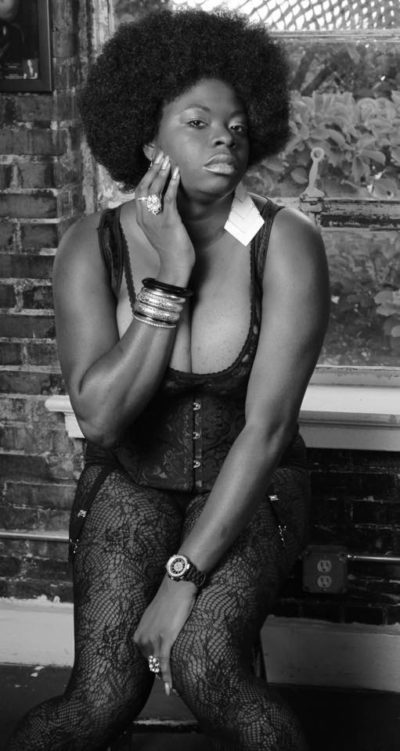 Tri-State Leather Weekend is filled with events, classes, parties, and a vendor mart. The weekend starts on Friday with the opening of the Vendor Market and the Bootblack station where bootblacks from throughout the area are setup to fulfill all your bootblacking needs. Bootblacks over the weekend included the likes of IMsBB ELisa, Great Lakes Bootblack Ray (This years bootblack handler), Gabriel Majors, Beta Bjorn, Boi Debney and Contestants Bootblack Pup Roke.

There were six contestants in all: The four pups vying for Tri-State Puppy were Pup Kaine, Pup Mischief, Pup Holden, all of Columbus; and Pup Havok of Cincinnati. The two contestants for Mr Tri-State Leather were Michael Calin of Cleveland and Dorian Gray of Cincinnati.  After the Contestants were introduced their auction baskets were shown to the crowd, ranging in values from $150 to $1050.  Following all the introductions the Lip Sync Battle was on! 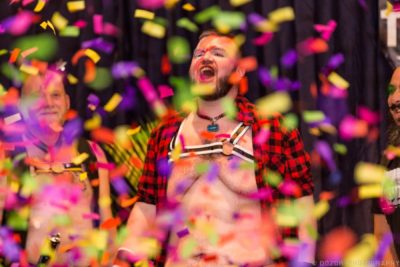 Lip Sync Battles were literally a blast thanks to Brady!

There were five sets of battles with contestants, title holders, and former title holders all battling it out for the best Lip Sync. The battles were broken down into pairs:

There was a shower of confetti courtesy of OVR Drummerboy Brady, Previous Tri-Staters Cameron and Tyler duked it out. Bolt and Havok did a playful duet. Bryan and Bayard showed up as Britney Spears and Adele. In all there were 10 lip syncs (both solos and duets) plus Great Lakes Bootblack Ray performing twice. He brought down the house as Karen Forecox singing a mashup of Lily Allen’s Fuck You and Glee’s Cover of Hate On Me by Jill Scott. By the end everyone was on thier feet and over $300 was raised for local Tri-State charities.

Saturday was a filled day with classes, a cigar party, a puppy mosh, the contest and after party.  The Vendor Mart and Bootblack corner were open all day and there was a special Breakfast for package holders. Sunday was the post contest Brunch.  Kink U Classes hosted by Titans of the Midwest, including:

Beyond The Binary – Matt O Tool

So you wanna be a show dog? All about pup competition – Teya Leigh

Over Friday and Saturday the contestants had to answer a funny pop question, have interviews with the judges, a photo shoot with the contest photographers, the pups had to chase squirrels on stage and the Mr contestants had to show bar wear.  The contestants all gave moving speeches ranging from depression and suicide awareness, growing into the community, and substance abuse awareness.  The baskets were auctioned off, raising money for the two winners travel funds.  The Sisters of Perpetual Indulgence from the various groups in the Tri-State area started off the Saturday portion of the contest with multiple blessings, and the Cincinnati Gay Mens Chorus performed, with the flag ceremony. Community Awards were given during the contest as well to Ms Tammy, Roke, Onyx, among others.  There was also an announcement during the evening that there would be a contest held to award the Miami Valley Ms Leather Pride and next year Ms Tri-state Leather Pride would be part of Tri-State Leather Weekend

In the end, there were two winners announced: 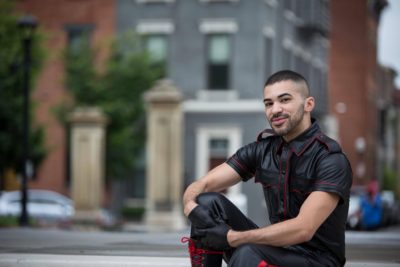 Dorian Gray is Mr. Cincinnati Leather 2016 and a native of Cincinnati, Ohio. He is a board member for Caracole, a Cincinnati, OH HIV outreach, prevention, and treatment organization, and a full member of Titans of the Midwest. Dorian actively welcomes, and gives voice to, people of all age, race, gender identity, and background as members of the leather and kink communities. As a medical employee of ten years, Dorian continuously works hard to advocate for the safe and comfortable treatment of all people in the medical space. Serving on multiple medical teams in Cincinnati, Dorian works with underserved women to ensure that they receive the best obstetric and gynecological care possible. His work also includes the development and implementation of programs to lower the Infant Mortality Rate in Hamilton County, OH. Using his standing in the medical community, Dorian is working to create an LGBTQ+/ HIV+ Friendly Medical Provider Directory that will allow members of community to seek care in a comfortable, judgment-free, environment. 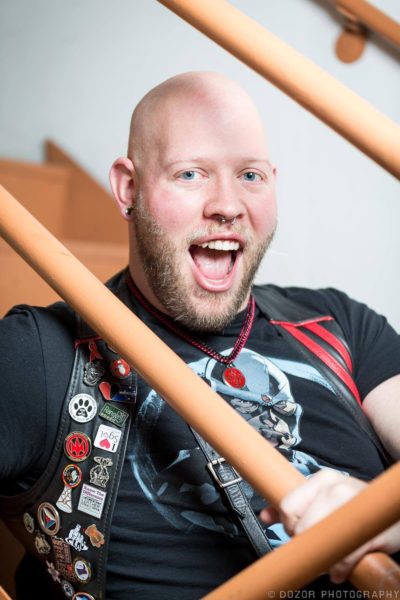 Pup Havok lives up to his namesake in many different fashions. A “queer-as-fuck switch,” Havok has made quite a name for himself in the leather community since joining in 2012. He is a co-founder of Project Touch Base, currently serves as a full member of the Titans of the Midwest, and has judges a variety of contests from the bar next door to venues across the country. He can be described as extremely touchy-feely given his favorite kinks include impact, tactile knife, and puppy play. He also enjoys facing the elements with electro and fire play. As a community educator and kink enthusiast, Havok is certainly a good place to start if you’re looking to wreak some “havoc” of your own! He has a handsome partner, Seth, and he currently lives in Cincinnati, Ohio