Puppy on the Prowl is continuing it’s goal to introduce more people in the community. Through questions and conversation, we will learn about people from all walks of life: bootblacks, puppies, leather folk, and everyone in between. While we will still meet titleholders current and past, we will also be introducing you to others in the community. Each article will ask 10 questions to help us get to know these amazing people in our community. In the next few articles in the series we will be focusing on the IPC/IPTC (International Puppy Contest/International Puppy and Trainer Contest) Titleholders from both last year and this year. 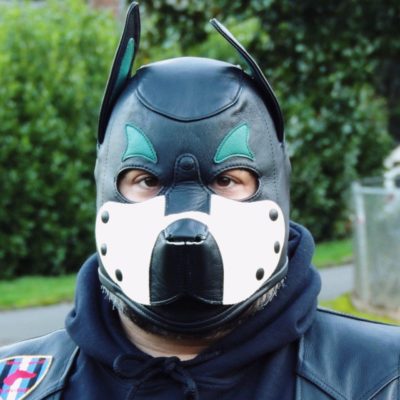 Sir Pounder is the IPTC International Trainer 2016 and former NW Handler 2016. He is the Co-Founder of VAC Pack, which exists for the purpose of bridging the gap, removing stigmas, and finding commonality in the communities we love, be it Pup, Fur, Kink, or Leather through education and leadership. He lives in Portland, Oregon with his husband and Leatherman, Ryan Baehr. 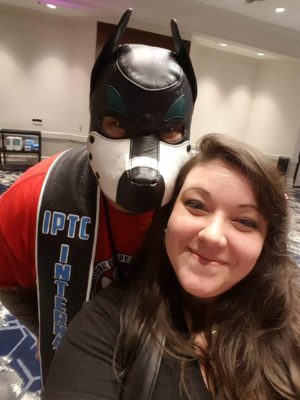 Tell me about your titles leading up to your current title: 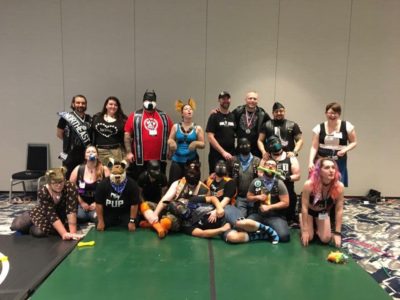 Your Title Year is ending, what have some of the highlights been for you this last year?

Well, I still have 3 months to go as our official step down is October 2017, so lots of highlights still ahead. When I ran for IPTC, my goal was to bridge the gap of the Fur, Pup, & Leather community through education and leadership. Getting the opportunity to teach a PUP 101 and PUP 201 at Midwest Fur Fest with my brother Sir Roscoe this past December was phenomenal. We had 185+ attendees for the 201. It was the largest class I have taught. Another highlight was attending IMsL for the first time. What an amazing experience. The event for me was one of the best leather events I have ever attended. The event exemplifies what it means to be open and inclusive to all walks of our community. 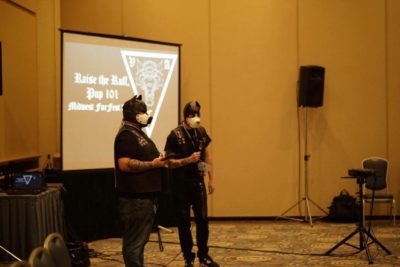 All of you are pups or dogs, where do you see yourself in the world of pet play? Are you a Handler, Alpha, Beta, Omega? How long did it take for you to find yourself in this role?

I am a Dog who happens to be a Sir, Handler, and Alpha. I haven’t ever identified as a pup. I have been a part of the Leather Community my entire adult life and as I navigated my way to becoming a Sir, Dog was a natural fit in how I approach the headspace and puppy play. It confuses a lot of people that I wear a hood, identify as a Sir/Handler, and identify as Dog. Many see it as a juxtaposition of identities, but for me it is the most natural fit for me to express “Puppy.” I experience the headspace more Anthropomorphic than Zoomorphic. 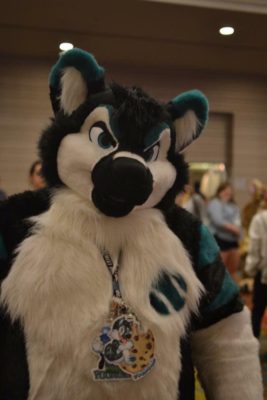 What’s one thing every pup should know coming into pet play?

To the new pups out there…

Tell me the first time you engage in pet play?

Technically we could go back to childhood, I mean who doesn’t pretend to be an animal or a dog as a kid? But for the sake of this interview, I will focus on after the age of 18. I had always been a closet case furry from my late teens to mid 20’s. Meeting my husband, Ryan the Lion, in 2008 exposed me even more to furry and pet play, which propelled me on the journey I am on now. It wasn’t until 2011/2012 that I made the connection to my dog headspace. Since then it has just grown and blossomed. 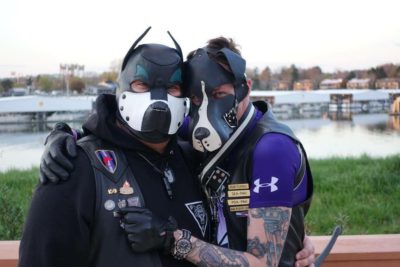 If you could have a conversation with anyone in the pet play scene, who would it be and why?

There isn’t one specific person really. I love to have conversations with everyone in pet play, at various stages in their journey. Its why I love teaching workshops and leading panels. I constantly gain new perspectives and learn new approaches listening to everyone else express how they “Pup.” 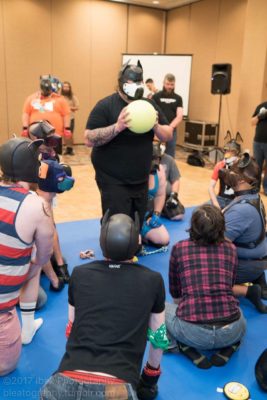 Where do you see the pet play scene going in the next 5 years?

This is a question I get all the time, and it is hard to predict mostly because of the sheer speed at which the community is growing. While there is still overlap into Leather, Fur, Kink, and BDSM, Puppy/Pet Play is certainly becoming a community of its own. For so many it is a Non-Sexual, Non-Kink Space of expression and regeneration. I predict that the community will become somewhat “Mainstream and Common.” There are pros and cons to that, and that is a whole different conversation. But, If we continue to push the boundaries, continue to be welcoming, and continue to shatter all the stigmas associated Pet play, the possibilities for the future are bound to be pawesome! 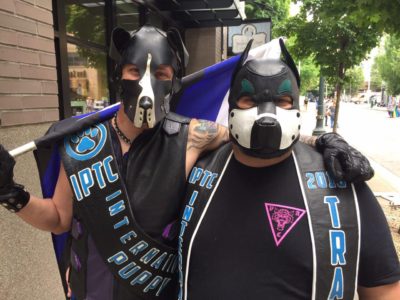 What is the one piece of advice that you’d give to the next person who receives your title?

Be humble, be open, and be adaptable. At the same time, stay true to the core of what you believe and who you are. Exemplify that “puppy” is whatever you make it. Always be the best version on you! 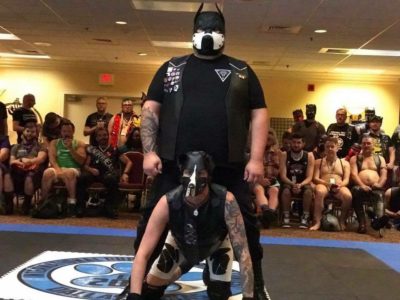 Think back to you beginning in pet play, what would you tell yourself regarding where you are today?

I think back to when I was struggling with the juxtaposition of being a Sir and a Dog. It was a process to allow the headspaces to interact cohesively instead of causing internal conflict. For a time, I set aside embracing my dog headspace in fear of it diminishing me as a Sir. I would say to me then, “Embrace both sides of you and allow them to interact, you will find your footing fast than you think.” 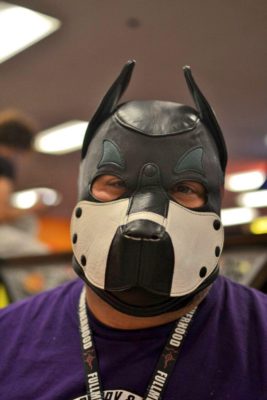 We all know gear doesn’t make the pet, but for some it’s an important aspect of getting into headspace, what is one piece of gear you can’t live without?

No, the gear doesn’t make the pet. But there can be a very strong connection between an item, ritual, or a piece of gear and the headspace. We pour a vulnerable part of ourselves into a piece of gear, a ritual, or an item and give it life and meaning through our projection of our headspace and pupsona. For me, it is my hood. I don’t have to have it on to feel the connection. He just has to be near me. I would be devastated if anything happened to my hood. It would feel like losing a part of my very being. My hood is an extension of me and at the same time he is like a time-tested friend that I share a journey with. Unlike my Fursuit head, which doesn’t give 2 fucks about me and doesn’t need me at all to be “Pounder.” 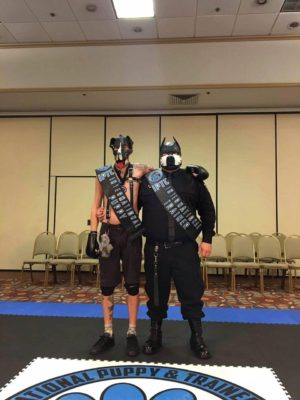