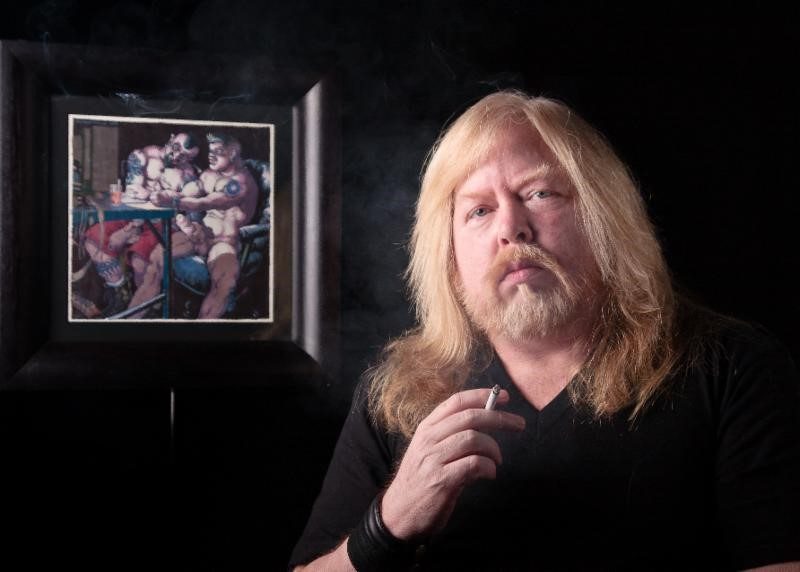 LOS ANGELES — The Tom of Finland Foundation announced the passing of artist Michael Kirwan over the weekend.

From the press release:

With a sad heart, we are letting you know that artist Michael Kirwan passed away peacefully on the morning of Saturday, 26th May 2018, in Los Angeles, California.

Hoist a glass and make a toast in celebration of the life of a great and unique man as well as an amazing artist.

Michael was born 27th December 1953. He lived a life filled with joys, passions, family, friends, and art. Michael resided in New York, New York; Miami, Florida; and most recently, Los Angeles, California. Creating his art was his most passionate activity, but he also enjoyed socializing, cooking, intimate encounters, movies, sharing his opinions, and being an astute observer and recorder of life.

While Michael’s artistic talents surfaced early, life had a way of forcing real-world responsibilities on a young Michael. Yes, he was married early in his life and was pleased to have fathered a son, Larry Kirwan. As Michael was reaching his late twenties, his marriage ended and he began a new, queer life that brought comfort within himself and adventures that would make for raucous stories for decades to come.

Michael always had a gift for telling and writing stories, but it was his illustrations and drawings that would give his friends and fans the clearest window into Michael’s thoughts and his heart. His first published work of art appeared in PlayGuy magazine in 1980, and getting paid to create art was Michael’s sweetest dream come true. Through the late 1980s until the mid 2000s, Michael’s highly detailed and evocative art was published in more than 600 magazines. There were periods of the 1990s when Michael’s art appeared in as many as six different magazines per month. The art was gay, straight, fetish, hardcore, and promotional to illustrate fiction, comics, and real life. Michael was incredibly prolific and his talent grew and became more and more popular with fans, readers, and art collectors.

Michael’s works of art have appeared in galleries and exhibitions around the world. After moving to California, he spent a year as the Artist in Residence with the Tom of Finland Foundation. Michael enjoyed an inspirational relationship with the work and history of  Tom and a very supportive relationship with the people of his Foundation who are dedicated to the education and preservation of erotic art for all artists. These years would provide Michael with the most important friendships and partnerships, and during this time, Michael created the best work of his life. Through that association, Michael appeared at internationally attended events and exhibitions that brought new admirers to his work and his Grand Persona as an artist.

The foundation will have a celebration of life for Kirwan on Saturday, June 30, at the TOM House at 1421 Laveta Terrace in .Los Angeles