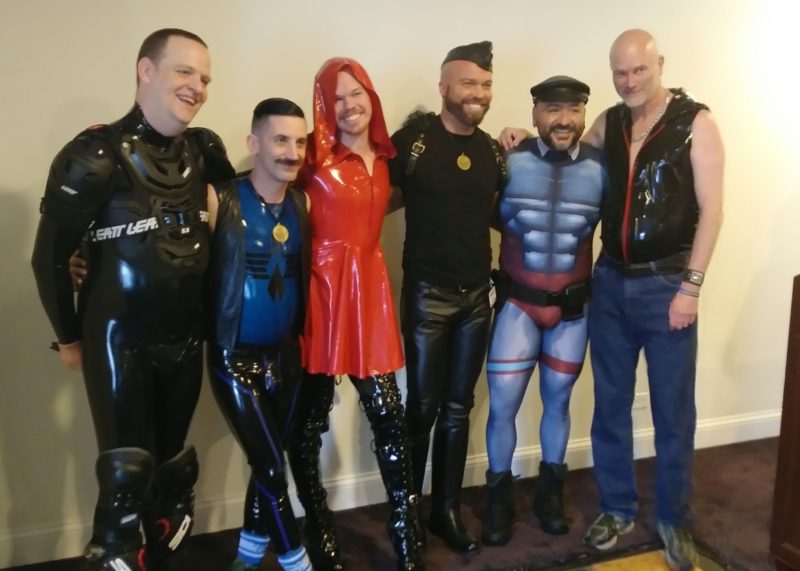 CHICAGO — Mr. International Rubber announced a slate of changes for the 2018 contest Friday afternoon at International Mr. Leather in Chicago.

The biggest news was a change of venue for the final portion on the Saturday of the contest weekend. MIR COO Rubberwilli said that the Center on Halsted would remain the home of the vendor market and Friday night portion of the contest. However, due to the growth of the audience, the finale portion will now be at the auditorium at Chicago’s Museum of Contemporary Art.

The other big announcement was that Kylon Hooks, who co-emceed 2017 with Teri Yaki, will now be the sole emcee for the weekend. Hooks is a Chicago-area activist and assistant director of the Broadway Youth Center in Chicago.

Rubberwilli said that at last year’s contest, the organization made a conscious and active decision to listen to concerns from the community about the content and tone. “While we will be retaining the fun, sexy and irreverent categories of competition attendees have come to expect at our contest, the days of insult comedy from our stage are over,” he said. “We are committed that all of our contestants and audience members are treated with respect.”

“I’m really excited about emceeing this year and I’m looking forward to some of the wonderful surprises we have in store for this year’s MIR,” Hooks said.

The judges for this year are: