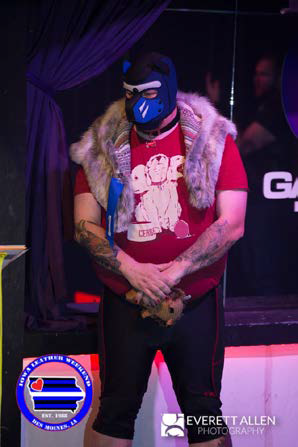 ILW said that Pup Paddles, winner of the October contest, had to step down from the title because of personal and work demands. The organization thanked Paddles for his contributions to the state leather and pup communities.

Orion competed at October’s Iowa Puppy Contest during ILW and was first runner-up. He lives in Iowa City and has remained active in the leather and pup communities, including coordinating the KRAMPUS: Kink Masquerade event in Iowa City this past December. He is also coordinating a Pup Pawlympics to be held in conjunction with Sash Bash Weekend this coming weekend.

Orion will represent the state at International Puppy and Handler Weekend in St. Louis this July. More information on IPAHW can be found at https://ipahw.wordpress.com/.