In my ongoing series on members of the community, we have the pleasure of learning a little more about Pup Turbo! 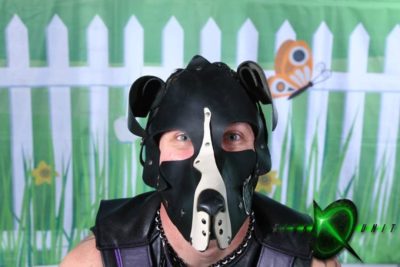 Tell me about your titles leading up to your Current title.

Your title year is ending, what have some of the highlights been for you this last year?

The first thing that comes to mind is Antwerp.  Leatherpride Belgium and Mr. Puppy Europe were amazing events. European pups have their own style and I learned a lot by witnessing firsthand how pups, kinksters, and leatherfolk do things over there. They made me feel so welcome and I made friends for life. I attended my first IML this year also, and that was intense.  Even the pup mosh was packed.

How long have you been involved in the pet play scene?

I first discovered puppy play through a friend in 2013. 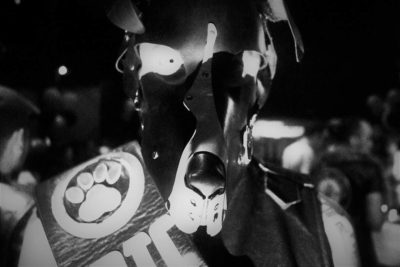 All of you are pups or dogs, where do you see yourself in the world of pet play? Are you a Handler, Alpha, Beta, Omega? How long did it take for you to find yourself in this role?

Yes.
I am all of these things at one time or another. When I won Northwest Puppy people started calling me Alpha, which was odd for me as I identified as a Beta until then. When I collared me own puppy the Alpha role really became part of who I am. I am also their handler and Daddy, which took some getting used to. At this point I describe myself as an Alpha dog, but puppy will always be part of who I am, so that is what I get called the most.

What’s one thing every new pup should know coming into pet play?

There is no single correct way to be a puppy, or a handler for that matter. Do what works for you and damn the torpedoes.

You have all traveled and toured a lot this last year, what’s been your favorite experience so far in your title year?

That is hard to narrow down.  Walking around Amsterdam is near the top, though. In hood and out of hood, with other pups and by myself, that was a blast. Taking my pup to BLFC and helping teach a class with them at my feet was pretty amazing as well.  Ultimately, meeting new people all over the world that are just as excited about pup play as I am is my favorite thing. 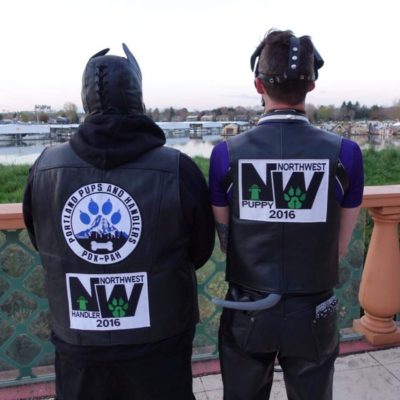 Tell me about the first time you engaged in pet play?

After extensive research into what this strange thing was that my friend took part in, I figured out it sounded a lot like me. The first thing I did was to get on all fours and play with my bio dog. This was fun, but I didn’t get into headspace until someone put a collar on my neck and treated me like a dog. It was liberating and intoxicating. My first time interacting with other pups was at IPC in 2014. It was then I knew I had found my family.

If you could have a conversation with anyone in the pet play scene, who would it be and why?

I feel like I HAVE talked to everyone in the pet play scene!

Where do you see the pet play scene going in the next 5 years?

Pet play will continue to expand and diversify, gaining recognition, both good and bad. As more and more pets incorporate their pet side into their everyday lives, people will start to notice.  We won’t be under the radar any longer. We will have to adapt to life in the public eye, whatever that may mean. 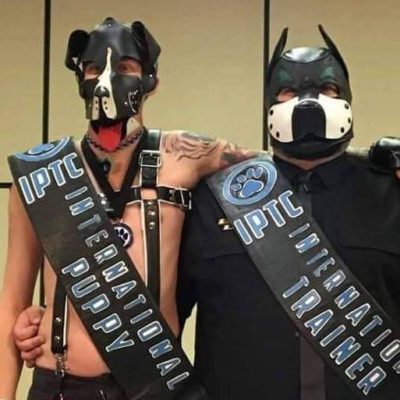 What is one piece of advice that you’d give to the next person who receives your title?

Think back to you beginning in pet play, what would you tell yourself regarding where you are today?

While handlers, owners, and packs are great, that is now what you need to be a happy, complete pup. Enjoy the headspace when you can, speak your mind when you can, learn from those around you. It’ll be fine.

We all know gear doesn’t make the pet, but for some it’s an important aspect of getting into headspace, what is one piece of gear you can’t live without?

Tell me about the first time you got into headspace, as related to your current title. 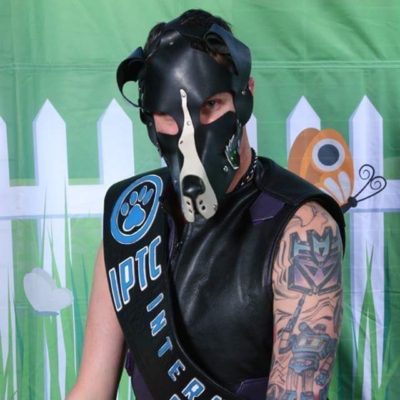 A trainer came to visit me when I couldn’t find anyone in the town I lived in at the time who did puppy play. Being treated like a dog is what made me find headspace that first time. It still does. When Sir Pounder worked with me to teach his hand signals and the routine we did for IPTC, it really took me back to that first time, when I could give up who I was and making decision and just focus on the trainer and what made them happy.  A dog is his trainer’s best friend, right?