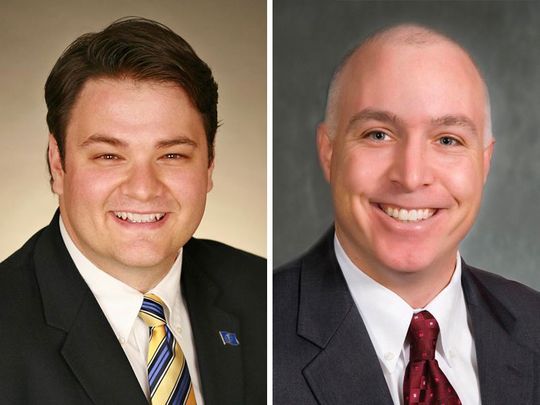 Carmel, IN- Openly gay Democrat JD Ford beat Mike Delph in a contentious race for state senator for Indiana’s 29th district. In 2014 Delph supported an amendment to the Indiana constitution defining marriage between one man and one woman. This is the second time Ford had ran against Senator Delph narrowly losing to the hard line conservative four years ago.

Ford made history becoming Indiana’s first openly gay law maker elected to Indiana’s General Assembly. In his victory speech from the downtown Indianapolis Hyatt Ford said, “I just want to pause for a second to appreciate the historical significance that has happened tonight. Tonight, I become Indiana’s first openly gay lawmaker. Ladies and gentlemen, we just made history and no one can take that from us.” Ford ran what some people would call an unapologetic progressive campaign that advocated raising the minimum wage, environmental protections, fighting the opioid crisis, and passing hate crimes legislation that protects gender identity and sexual orientation. Senator Delph has long opposed hate crimes legislation. Indiana is one of five states without a hate crime law on the books.

Ford’s promised to give and amplify the voices of every marginalized group of people in the state of Indiana which includes “people of color, women, Muslims, Jewish Hoosiers, seniors, LBBTQ+ Hoosiers just to name a few.” Delph, a hard line social conservative, often was perceived as a polarizing figure even among members of his own party. At one point Delph was disciplined by Indiana Senate President Pro Tempore David Long for public criticism of the Indiana General Assembly failing to pass the amendment to the Indiana constitution, known as HJR-3 which would have made marriage equality illegal in the state.

This time around Ford had the endorsement of the Indianapolis Chamber of Commerce and a much bigger ‘war chest’ then he had four years ago beating Delph with 53% of the vote. District 29 includes parts of Carmel, Indianapolis and Zionsville.