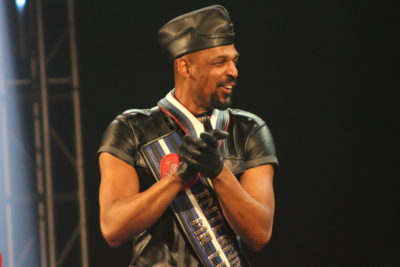 Lee is the first IML to come from Kentucky and an ONYX Great Lakes member. 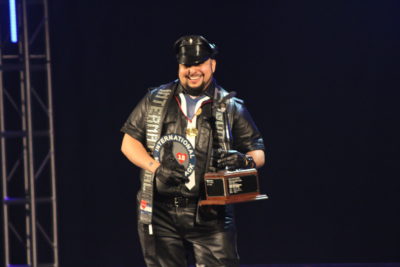 There were quite a few firsts this year. This is the first year that the current IML and IMBB are both people of color as well as ONYX members. It was also the first year that each contestant was introduced in their native language, eight different languages in all. This was the first year for IMBB under its new executive director Jerimiah Morris with the unveiling of a new IMBB logo designed by Andrew Bertke of Everett Allen Photography. 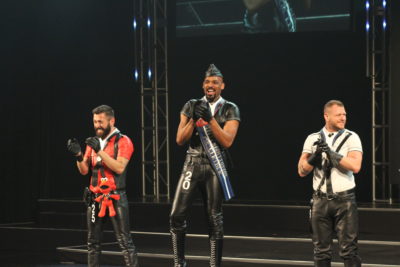 The top three finalists for IML 2018.

Four contestants ran for IMBB and 71, a new record, ran for IML, with a record number from overseas. The IML contestants came from five continents, 14 countries, and 20 states and the District of Columbia.

Outgoing IML 39 Ralph Bruneau gave a different kind of step down with a music video, completely with back up singers and dancers. We tried to find a link to it, but it can be seen in the GLD video coverage of Sunday night.

The final night of the contest also featured presentations of IML founder Chuck Renslow who passed away in June 2017 and of forty years of IML winners. Fourteen previous IMLs were present at the contest, including IML 1 David Kloss.

Check back later this week when we print the photos from the entire weekend. 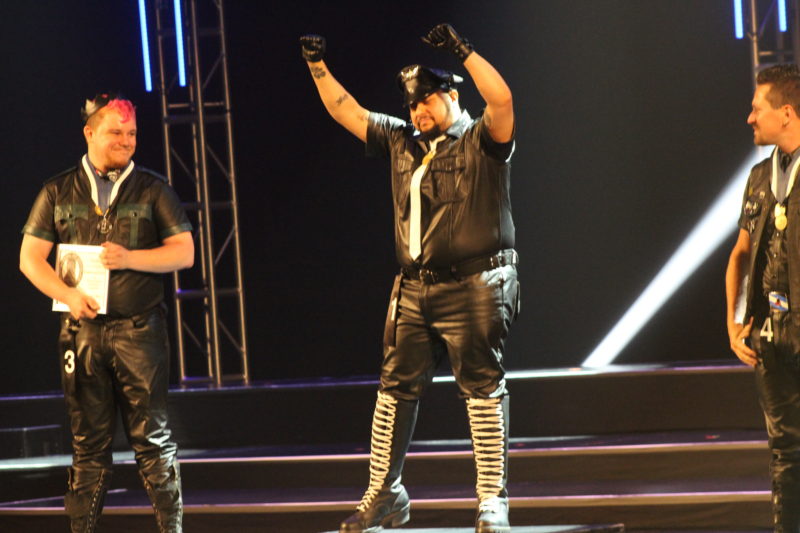 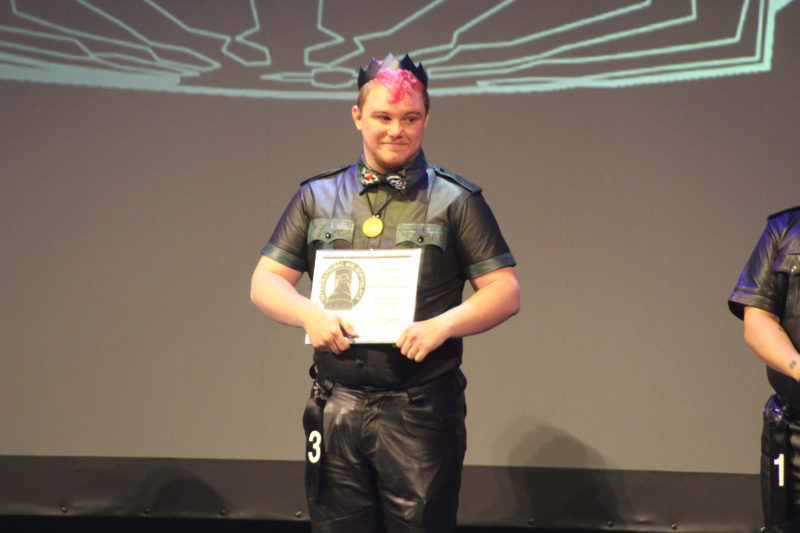