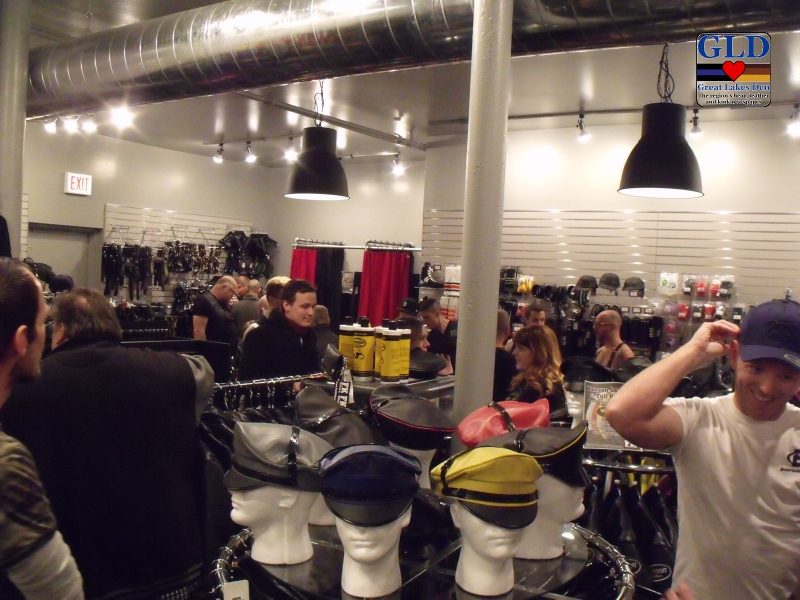 Full Kit hosted a full house at it’s grand opening in 2015. The store will remain open after Man’s Country closes at the end of the year. (Photo by Daddy Tom)

CHICAGO — Full Kit Gear, one of Chicago’s three leather stores, said Friday that they will remain open after the Man’s Country bathhouse closes.

Full Kit has had a storefront in the building in the city’s Andersonville neighborhood since it’s opening in 2015. The bathhouse will be closing after a final part on Dec. 31, 2017.

With the announced closure of Man’s Country and the pending sale of the two buildings at 5015-5023 N Clark Street, there have been many rumors regarding the future of Full Kit Gear. Full Kit Gear has a very long lease and anticipates being at 5021-23 N Clark Street for many years to come.

Having Full Kit Gear come to Chicago and become part of the local community was very important to Chuck Renslow. Ron Ehemann, Chuck Renslow’s long time partner, current owner of the buildings, and Trustee of the Renslow Family Trust states: “From the time Chuck and I decided to sell the buildings, it was very important to us that FK stay put to serve the community we so love. We negotiated to make sure of that in the sale of the buildings, and the new owners have committed to that as well. Full Kit Gear will remain here, as part of the community, and as part of Chuck’s legacy for many years to come.”