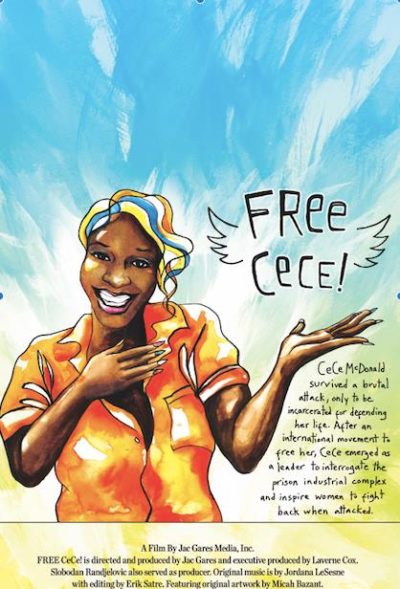 MADISON, Wisc. — Join GSAFE, Fair Wisconsin, and the Madison Public Library for a screening of FREE Cece, a documentary about activist CeCe McDonald, told through interviews with Laverne Cox. This screening will take place at the Madison Central Library in room 302.

Following the film, director Jac Gares will join us by video chat for a Q&A session with the audience.

“​​​On her way to the store with a group of friends, Chrishaun Reed “CeCe” McDonald was brutally attacked. While defending her life, a man was killed. After a coercive interrogation, CeCe was incarcerated in a men’s prison in Minnesota. An international campaign to free CeCe garnered significant support from media and activists, including actress Laverne Cox. Cox signed on as executive producer of FREE CECE!, committed to exploring the role race, class, and gender played in CeCe’s case. In the end, CeCe emerged not only as a survivor, but also as a leader.

Documentarian Jac Gares pushed past the everyday narratives of victimhood surrounding the lives of transgender people, to spotlight the way CeCe and other trans people are leading a growing movement fighting for the rights of transgender people everywhere. CeCe’s powerful story highlights the groundswell of voices questioning the prison industrial complex and calling for its disassembly.”

The Madison Central Library is wheelchair accessible, and the film will be screened with captions. For other accommodations or questions, please email sawyer@gsafewi.org or call (608) 661-4141.