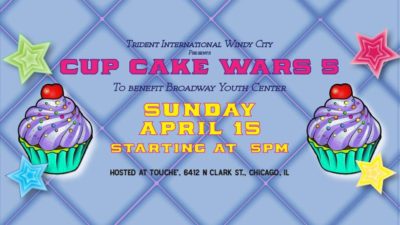 On Sunday, April 15th, the Trident International WIndy City hosted the 5th Annual Cupcake Wars at Touché in Chicago. This year’s event benefited the Broadway Youth Center. The Broadway Youth Center (BYC) of Howard Brown Health is a haven for LGBTQ youth and young people experiencing homelessness or housing instability. Here they seek refuge and community as well as medical, social and mental health care services, and so much more. All of services are for youth, ages 12 to 24.

The cupcake wars is a competition from local kink, leather, and fetish clubs and bars from the Chicago area.  Each competitor is to bring a perfect cupcake to auction off and cupcakes to sample. The sampling cupcakes can be either regular size cupcakes cut into smaller pieces or mini cupcakes.  The cupcakes must be made by someone representing the group. The cupcakes are sampled by the fans as well as a panel of judges.  This year’s judges included Kylon Hooks, from the Broadway Youth Center; Gary Wasdin, the Director of the Leather Archives and Museum; and Dean Ogren, Owner/Producer of American Brotherhood Weekend. 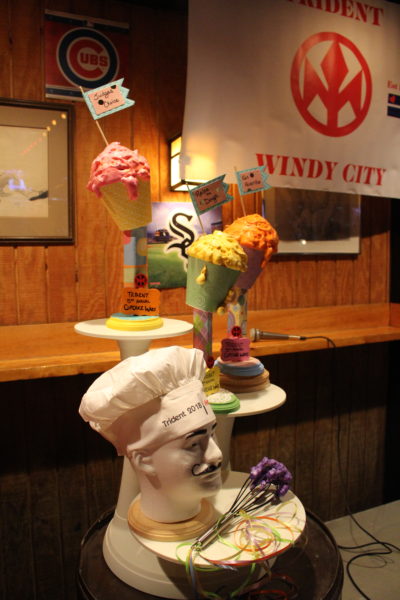 “Fans” purchased a tasting card for $5 each (they could purchase as many as they wanted) and went to each competitor and sampled their cupcakes.  While their the group could try to persuade them to donate more for various things, like the Chicago Puppy Patrol, who brought milk and was selling it for a dollar a shot. The fans then voted for their favorite of the cupcakes and turned in their tasting cards.

The judges were provided with one cupcake to try and they chose a winner based on taste, texture, and various other categories. Then the groups auctioned off their perfect cupcake as well as an additional item of their choice if they wanted to entice the Fans to donate more.  With auction items ranging from champagne to jocks, and even a brand new leather jacket!

The groups also had the opportunity to win the Raise the Dough Trophy for the most donations received overall for the night. The final award given was the Master Baker award for the best overall in all categories.

This year there were nine entrees into the contest: 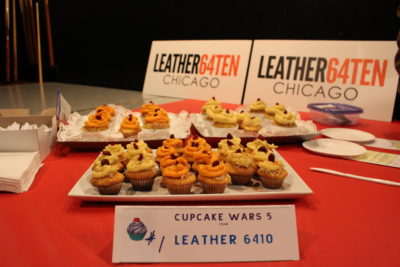 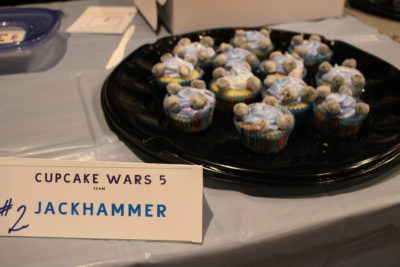 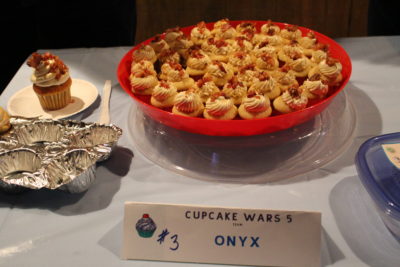 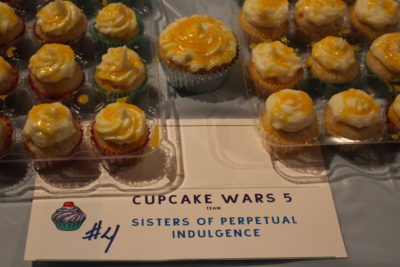 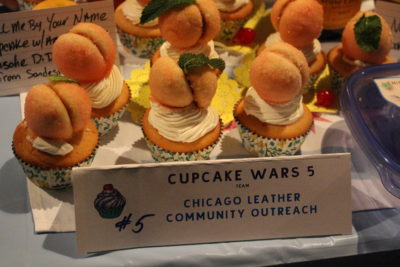 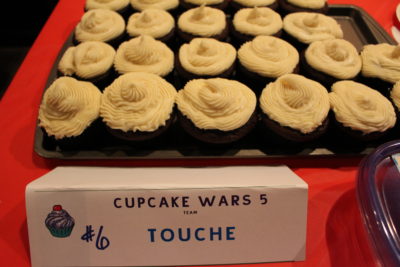 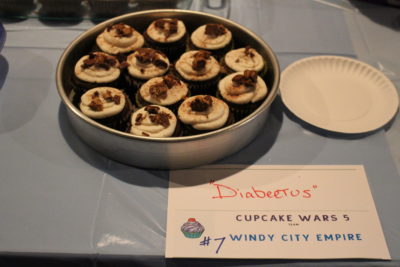 Auction item: Emperor making a cheese cake in a jock strap at your house: raising $70 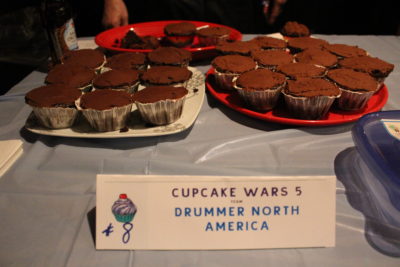 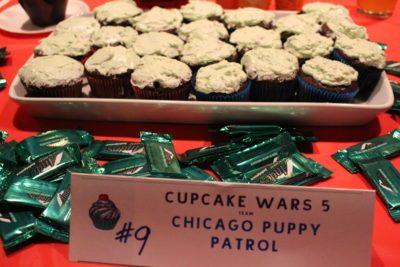 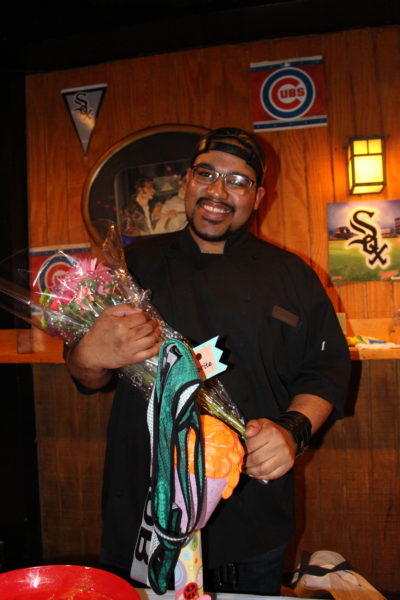 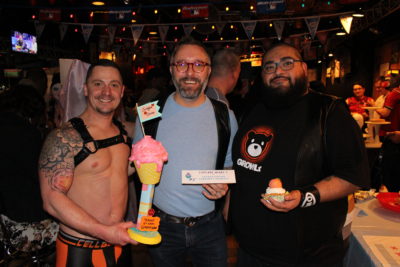 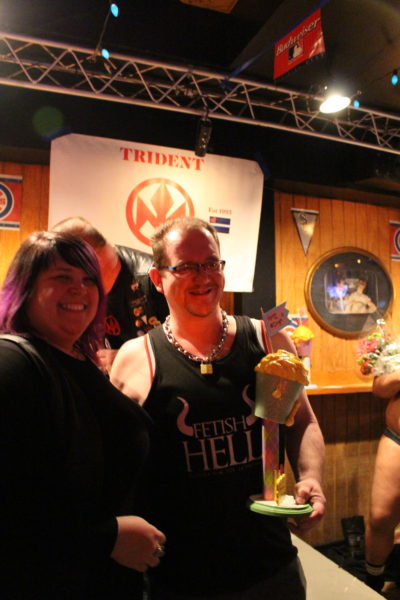 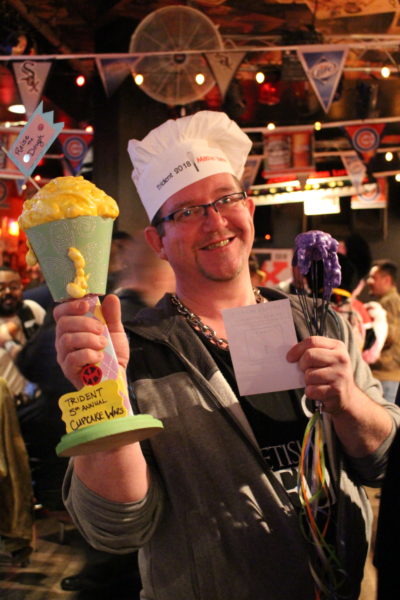 Kylon for the Broadway Youth Center. 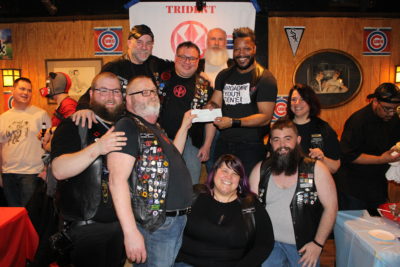 Check out the event page here for all the pictures!!